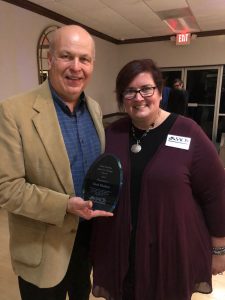 SACIS, (Sexual Assault Counseling and Information Service), will present the Mark Shaklee Men for Change Award annually in recognition of men within the community who share in our vision for ending violence against women and all gender based violence. Two men (one community member and one student) will be receiving this award in conjunction with SACIS’ Annual ROAR event.

Mark Shaklee was an exceptionally supportive leader within our community who joined SACIS in their efforts to put an end to sexual violence by modeling integrity, promoting respect and dignity for all, encouraging healthy relationships and acknowledging that men have a unique and valuable role in challenging the societal beliefs and attitudes that foster violence within our culture.

WHO CAN BE NOMINATED

We will be reviewing nominations for two categories, student and community member. All men who are currently enrolled in school and/or reside within the SACIS service area (Coles, Cumberland and Clark Counties) may be nominated for this award.

Nominations must be received no later than Tuesday, October 25, 2019.  Recipients will be announced at the SACIS’ Rock Out Against Rape (ROAR) event on Friday, November 1st, 2019.